Today, we have the pleasure of interviewing Gareth J. Frank, the author of The Moment Between (you can read our 5-Star review HERE). After reading and reviewing his novel, we had the privilege of speaking to him for a bit. Gareth is a prolific writer, and The Moment Between has received quite a bit of praise since its release. If you want to learn more about Gareth, you can check out his debut novel on AMAZON! 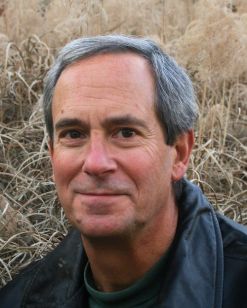 Thriller Magazine: Congratulations on the release of your debut novel, The Moment Between. It’s always interesting to hear the stories of how authors got their debut novel published. Would you mind sharing your journey to publication with us?

When I began writing fiction, I really had no idea if I would be able to write a decent novel let alone get one published. Five years ago, I finished my first novel, and made a few half hearted attempts to get it published. Eventually, I decided that it really wasn’t ready for prime-time. Instead of focusing on publishing that book, I dedicated myself to becoming a better writer. After another two years, I finished The Moment Between, and felt it was time to really invest in publishing. I had no idea how hard it would be. The world is crowded with unpublished books, some good, most not so good. Literary agents have the unenviable task of sorting through hundreds and hundreds of queries each month in the hope of finding a piece of magic. Authors must bear the inevitable frustration of contacting literary agent after literary agent and understanding that no matter how good your book is, it will be hard to break through. Like most authors, I never did. Thank God for small publishers like Three Women Press, who offer another path. My message to authors, is to keep plugging. It is a hard road, but there is nothing like finally seeing your work in print. It is even more rewarding to get good editorial reviews! Thanks, Thriller Magazine.

TM: This novel has some heavy themes of grief, searching for answers, and the afterlife. What made you decide to pursue these themes in the story?

Over forty years ago, at the University of Maryland, I majored in psychology. I never really considered a career in the field, but it fascinated me, especially the areas of brain injury, cognition/consciousness and savants. Later, I read about near-death experiences and was struck by how it related to those same topics. It all boils down to age-old questions of the mind. What is consciousness and is there more to it than biology? That, in turn, leads to the ultimate question of what happens to our minds at death. I knew that if I could tie it all together, I would have a great story.

TM: The protagonist of the story, Hackett Metzger, comes across as a really authentic character. How did you go about building this character? Are there aspects of yourself that you put into him?

Sometimes, the writing process is difficult to understand. A character may seem easy to write and turns out to be much more difficult to pull off. Sarah was that kind of character for me. She was a straightforward evil character and that made it too easy to lose sight of her humanity. Hackett, on the other hand, came naturally. I knew from the beginning that I didn’t want a typical suspense hero who kicked everyone’s ass and knew all the answers. I wanted him to be brilliant yet vulnerable. Despite being a doctor, I wanted an everyday Joe. Hackett arrived almost fully formed from day one. He just made the story work. That being said, I see almost nothing of him in me. I wish I was as smart as him, but I am glad I am not as gullible.

TM: How did you create a pacing, tone, and style that would draw readers in? Was this something you planned out or something that came more naturally to the work?

First of all, thanks for saying that. I wouldn’t say I planned it, or that it came naturally. The reality is that it was a huge struggle. If you had read my first draft, you would have had a very different opinion. I think that I have a reasonably natural talent for pacing and style in short stories, but pulling it off in a full-length novel was something entirely different. I just kept working at it, and I learned a lot from my editor John Paine, who taught me the difference between stringing interesting scenes together and knitting them into a tapestry.

TM: Do you have any other works that will be releasing soon or that you are currently working on?

I am in the process of rewriting the first draft of my next novel, Torn Skin. The title is from the lyrics to a song written by the main character, Jonny Pirpal, a punk-rockin’, freight train hoppin’ loner who gained a measure of rock and roll fame in the nineties before losing everything in one tragic day. Twenty years later, Jonny encounters a mystic who literally saves the lives of those in need by being in the right place at the right time, but who has also become a lonely traveler. Jonny’s past comes back to haunt them both.

Thank you for the interview, Gareth. Remember to check out Gareth’s debut novel, The Moment Between!