Today, we have the pleasure of speaking with author Daniel Ross. Daniel is the author of several works, including his novel Force No One. The first book of the Storm Cell’s series, many reviewers have put this work in the same vein of Tom Clancy’s works. Force No One is available on AMAZON both in print and digitally.

We caught up with Daniel recently and were able to ask him a few questions about the book:

Daniel, thank you for joining us for an interview today! Let’s start off by talking a little about your journey as a writer? What made you start writing, and what led you to pursue becoming a published author?

I’ve been a writer since I was the co-editor of my high school newspaper (since color TV but before the internet … ); I attribute any success I’ve had as a writer to my Journalism teacher, Mr. Steinhoff. Not long after high school I was in the US Army and working as a criminal investigator, and all I wrote for seven years was police reports. I got the fiction bug again late in my second enlistment and placed a few freelance pieces, so I thought, Hey, I still got it! I’m getting out of the Army and I’ll freelance full time. I didn’t know then that the definition of “freelancing” is “unemployment without the tax advantages.”

I’d always been a car guy, so after a few more freelance opportunities, I ended up on a then-weekly car publication called AutoWeek. That led to a stint as the Detroit automotive editor for Popular Mechanics. I was later privileged to serve as the national editor at both Motor Trend and Car and Driver.

Turning toward your newest novel, Force No One, how did this project come about?

I suppose lots of readers close the cover on the book they just read and tell themselves, “Yeah, I can do this.” That was me for a long time, but like with lots of writers, my work and family life came first. I’m a reader of Tom Clancy, Brad Taylor, and Brad Thor, who have obviously enjoyed terrific success writing thrillers, and I wanted to do that as well. My background in police work applies—most of my Army time was in long-duration undercover drug suppression operations—and after seven active Army and 24 Navy Reserve years, I navigate things military with comfort and ready familiarity. I put those experiences (and a bunch of research, of course) into my debut thriller, FORCE NO ONE.

In my story, a killing in Detroit isn’t news on a slow day, but a two-woman FBI-Detroit Police task force must solve the homicide before terrorists laden with poison and explosives can parachute into open-air Comerica Park during the opening ceremonies of the World Series—to blow themselves up and kill thousands on live television.

Can you tell us a little about your protagonist? How did you go about creating his character? Are any of his aspects based on you or anyone you know, or is he completely fictional?

My novel is comprised of two narrative circles that overlap at the exciting conclusion. The main male character on the anti-terror side is Xavier Cloud, an Army Ranger who submitted to a fake war crimes accusation so that he could break out of Leavenworth and make himself authentic to the bad guys the CIA wanted to get next to. He is completely fictional, save for the fact that there is a high school kid I’ve met with that name. The moment I met him, I knew I would adopt his name to my character.

On the law enforcement side are Special Agent Amber “Corvette” Watson. As she approaches federal retirement, she flees the years with devotion to her work and an appetite for younger, well-marbled men. Guilt-ridden Detroit Police homicide detective Sgt. Tracey Lexcellent, 34, is a hot-shot killer catcher who thinks her genuine crime-fighting talent will one day be exposed as the fraud she often believes it to be. Then she’d be exiled to … she didn’t know what. Something else. Some menial occupation and a lackluster life devoid of excitement or meaning, or great shoes. 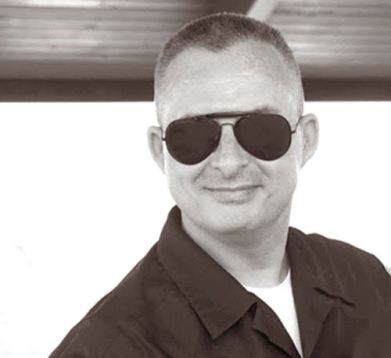 You have many years of experience in the armed forces. Thank you for your service! How did that experience come into play when writing this novel?

Thanks very much. Well, in addition to my answer above, I have found that my direct experience as a criminal investigator and later a Navy journalist (I was the chief journalist of the Seabees) means I can usually get the answers to my questions. It informs my authenticity and attention to details, and that factor has been borne out in reviews. A recent Amazon reviewer generously wrote, “The attention to detail is something you usually only see from (more) veteran authors. Daniel Charles Ross is now etched into my list of favorite authors along with Tom Clancy, and Dan Brown.”

Being considered authentic is the Holy Grail in this genre. Doug Richardson, who wrote the films “Die Hard II” and “Bad Boys,” endorsed me like this. “For Tom Clancy fans who like their characters strong and the hardware cool—don’t miss this.”

Lastly, do yo have an expected release date for the sequel? What can readers expect to be different in the next book, and what can they expect to be the same?

As a former Army investigator, that history will continue to inform characters in Force Majeure, the sequel coming out this fall. This is a loose reboot of Knebel & Bailey’s seminal 1962 New York Times best-seller Seven Days in May, where disgruntled military leaders at odds with a milquetoast president plot to take over the government. The rebel general—coincidentally a distant relative of a Confederate general from the American Civil War—is a military police officer who leads the coup plot.

Xavier Cloud and his new anti-terror team, STORM CELL, are back to save us from disaster.

One thought on “Interview with Daniel Ross”