Today we have the pleasure of speaking with author Shaun Baines! Shaun is an writer based out of Scottland, and he is the author of the Daniel Dayton Thriller Series. Shaun enjoys crafting noir crimes novels set in northeast England. His debut novel, Woodcutter,was longlisted for the 2018 People’s Book Prize. You can read more about Shaun’s works on his WEBSITE and on AMAZON!

Thriller Magazine: Thank you for agreeing to the interview, Shaun! Can you tell us a little about your Daniel Dayton Thriller Series? What are some of the inspirations for it? How did you go about writing the novels?

I’ve always wanted to write a gangster novel. Rightfully or wrongly, I’ve been entranced by these figures my whole life. From the Godfather films to documentaries about Lucky Luciano and Meyer Lansky. They seemed glamorous to me as a child.

Of course, the reality of organised crime is much darker than these portrayals would have us believe and that’s what I wanted to write about. For reasons I think best not to divulge, I’ve brushed shoulders with a few criminals in the past. They speak about loyalty and respect, but live lives in direct contradiction to this. I wanted to show how unglamorous gangsters really are.

For that, I needed a reluctant hero; someone steeped in gangster lore, but who had rejected the lifestyle. Daniel Dayton is a character who might divide reader’s sympathies. He is capable of both great love and great violence, and he often confuses the two.

Woodcutter and Pallbearer (and the soon to be released third novel) deal with issues surrounding family, power, division and lies. All the good stuff! 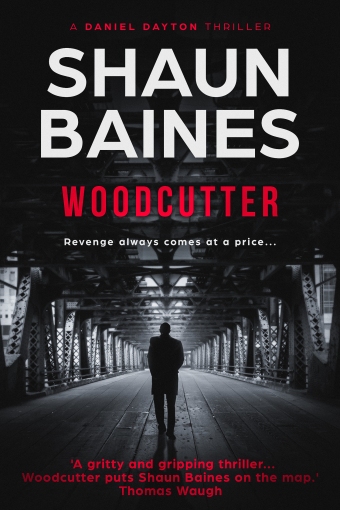 TM: What are some of the struggles you overcame when starting out your writing career?

When I first began writing, I did so in blind naivety. I was writing for myself and for the challenge of it, but once my book was complete, I had no idea what to do next. The most obvious course of action would be to submit it to agents or publishers. Something told me that might be a mistake.

Writers are often accused of being solitary creatures. There’s nothing wrong with being happy in your own company, but I think of writing as a democracy rather than a dictatorship. I searched every corner of the internet for beta-readers, believing feedback on my writing could only help.

And it did, enabling me to see shortcomings I’d grown oblivious to over time.

TM: Your debut novel, Woodcutter, has seen a lot of great reviews and was even longlisted for the People’s Book Prize of 2018. How does it feel as an author to know that readers are enjoying your work?

As I said, I wrote Woodcutter for myself and it’s great to know my writing has more than an audience of one. To write down a thought or create a character that resonates with someone else is the reason why most of us became writers.

Writers savor good reviews. We’re like squirrels. We store them up to get us through the harsh winters of bad reviews. That’s why I’m always grateful when a reader lets me know they enjoyed my writing. 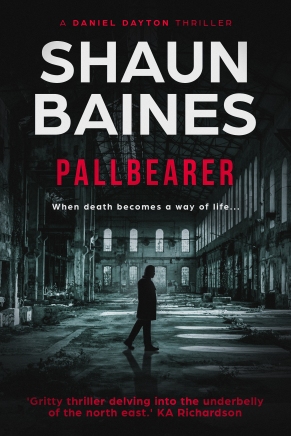 TM: One last, fun question. When the Daniel Dayton Thriller Series is turned into a feature film, which actor would you trust to play the title character and who do you think could direct the film?

Although he’s a bit old to play Daniel, I’ve always had Tom Hardy in mind should my books ever hit the cinema. I’m a big fan and Hardy has history when it comes to playing gangsters. He played both Ronnie and Reggie Kray in Legend, a bootlegger in Lawless and starred in the adaption of Martina Cole’s The Take. Surely, it wouldn’t be much of a stretch to play Daniel Dayton next?

David Fincher is a director who knows how to handle a twist, most notably in Se7en and Fight Club. He also directed The Social Network, a personal favorite of mine. I’d be happy with a phone call from him.