We have the pleasure with again speaking with author Mike Houtz today! We interviewed Mike a few months ago on the eve of his debut novel’s release. The novel, Dark Spiral Down, is a military thriller, which has received high praise from readers. You can read more about the novel HERE.

Having first interviewed Mike before his novel’s release, it was great to now speak to him months after his release and get his perspective on being a newly published author. Mike also attended the annual ThrillerFest convention this past weekend after he was invited as a guest, and it was fun to hear about his experience at the event! 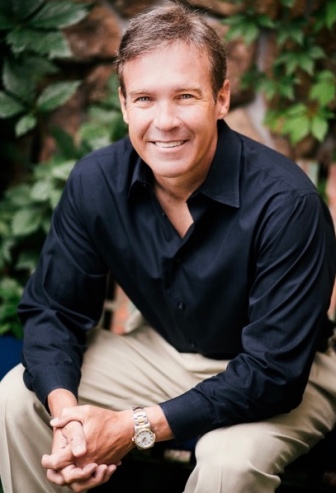 Thriller Magazine: Last time we interviewed you was before your debut novel, Dark Spiral Down, released. Now that it’s out, how does it feel? Is being a published author what you expected it to be?

I compare the process to having kids. The first month felt like when my children were born. I was in awe, even a little shocked that my hard work was released to the world. There was a lot of promise and the future held endless possibilities. Now that I’m 2 months out, I find the wonderment shifting to the hard work and need to continuously feed and guide the book along the publishing path.

My preconceived expectations were somewhat close to what I’m experiencing. The marketing and promotion takes thought and action, something I anticipated but finding that magic formula is like grasping smoke from a candle flame. There is a huge business side to living as an author, and the learning curve is steep.

TM: You were just at ThrillerFest, and I’m sure that was a great experience! What are some of the best memories from the event?

As an audience member, listening to James Grady interview Stephen Hunter was captivating. I could listen to those two recite the phone book. Stephen’s delivery and storytelling is just as magical as his writing. And, to top that off, both are incredibly gracias and the sweetest men you’ll meet.

This was my first time at the event, and I met many of my literary heroes. As a fan, I’d worried the authors I read wouldn’t live up to my expectations as people. Not one writer disappointed me. Everyone was incredibly friendly and giving of their time. I was readily welcomed into their circles and even labeled as a future thriller all-star by none other than Ted Bell. Pinch me!—is that even real? Meeting and talking with the likes of Jack Carr, Brad Taylor, Mark Greaney, Paula Munier, Adam Hamdy, and Simon Gervais was like a child seeing Disney Land for the very first time.

My experience at the Debut Author program was surreal. I spent considerable time with Steve Berry in consultation of the business side of the career. Speaking to the audience after his introduction seemed to be as quick as an eye blink. Feeling that welcoming into the publishing fold from the crowd’s cheering made all the work worth every minute. You can only Debut once, and I soaked in every moment of the conference. 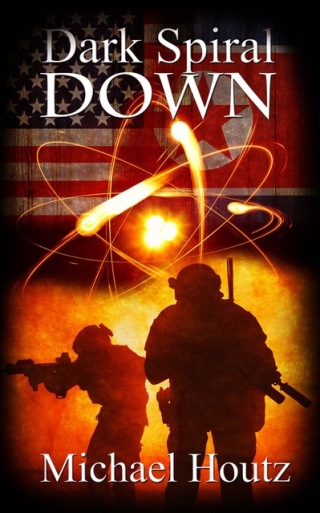 TM: What is the biggest hurdle you’ve overcome as a writer, and how did you overcome it?

Believing I have what it took to be a published author. I’m a fairly confident person and have experienced a fair share of success in other endeavors, but “thinking” you are talented enough is much different than actually “proving” it. There’s a lot of hurdles you must pass over before getting to this point. I developed a written plan and stuck to the action items I’d placed on paper. My journey was extremely quick—under two years from starting the book until it’s release. And, this was my very first manuscript—not a very usual path most other authors traverse. Perhaps my single-mindedness and goal orientation opened the road in front of me.

TM: What has been the most rewarding part of being a published writer?

By far, the reviews from readers gives me the greatest satisfaction. A bonus if I get to meet them. So far, knock on wood, I’m all 5-star ratings and seeing how much they enjoyed the read gives me a great feeling of joy. Meeting readers at Thrillerfest and experiencing their joy from my novel filled my heart.

TM: In hindsight, what advice would you give an author whose debut novel is scheduled to release in a few weeks?

Don’t wait until release day to promote your work. Start early and build the buzz leading up to the date. Have a marketing plan in place BEFORE the big day. Also, on release day, don’t plan on getting much done. No matter what you ‘think’ you’ll do, I predict you’ll refresh your Amazon Sales screen and check you Twitter and Facebook feeds continuously. Give yourself a break and just enjoy those first hours of the birth of your baby.

Thank you again for the interview, Mike! Be sure to check out Dark Spiral Down on AMAZON!