Today we have the pleasure of speaking with Mr. Robin Hawdon. With his experience as a playwright, actor, writer, and novelist, Robin has enjoyed and continues to enjoy an extensive career in the arts. His newest release, Number Ten, is a thriller that has drawn comparisons to the Jason Bourne Series. It released two months ago in April 2019. You can read more about Number Ten on AMAZON! 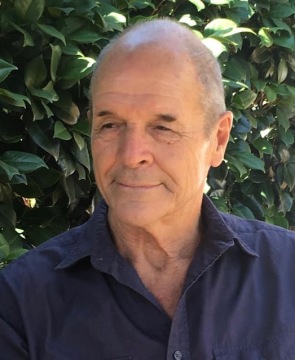 Thriller Magazine: Congratulations on the release of your new thriller, Number Ten. Before we talk about the novel, I’d like to ask about your background. You have extensive experience as a playwright and actor. Do you believe your experience as an actor has helped you as a writer?

Yes, enormously. Actors know instinctively whether a plot has authenticity and pace, and whether the dialogue is potent, because they are the ones who have to actually execute it. Whether writing a play or a novel I find myself constantly editing sentences, and even words, because my actor’s instinct tells me they are too long, too clumsy, too complex. Brevity is the soul of not only wit, but drama too!

However I find writing more fulfilling than acting. The first is creating, the second is interpreting. Acting is great fun and much more social, but dare I say it, not a career for grownups. I actually got vaguely close to playing James Bond. I dread to think what my life would have been like if it had actually happened.

TM: As for your experience with writing stage plays, what are some of the similarities and differences between writing plays and novels? Is there one medium that you prefer over the other?

The differences for a writer are rather the same as the audience finds – a play (or film) is a relatively brief, intense experience – a novel requires a much more drawn-out in depth involvement. Once I have the initial concept, it usually only takes me only a couple of months to write a play, and the experience is hugely concentrated and emotive. A novel can take a year (or several), and requires a more measured and thoughtful approach. Readers want real descriptions of the characters, places, and emotions. Audiences get all those as first-hand experiences. As to which I prefer, I can’t really answer that. Like all writers, I am so involved in the project of the moment that I can’t really evaluate it in that way.

TM: Number Ten sounds like a fantastic read, and it has already receive several glowing reviews. How did this novel come about, and what are you hoping readers will get out of it?

My first two novels, whilst receiving great reviews, didn’t make it onto the best-seller lists. This is my attempt at writing a block-buster! It was written with an eye on the filmic possibilities – in fact it was first conceived as a cinema film – and I’m delighted to see that several of the reviewers have actually stated that they would like to see it as a film or TV serial. “Better than ‘The Bodyguard’” was one comment. Netflix please take note!

TM: With all your experience and success in the acting/writing industries, what advice would you give to aspiring creative artists?

It is a long, hard road which requires enormous tenacity as well as talent. However, if you can make a success of it, it’s the most fulfilling and rewarding occupation on the planet. I talk about this on my new writers blog ‘How To Write’, which has brief, concise articles about the whole huge business. It can be accessed from my website – robinhawdon.com.

TM: Lastly, what new projects can we expect to see from you in the near future?

I’m not sure. I’m busy promoting the new book at present (which requires more hard work!), and I already have a number of recent plays out there, which require nurturing. I am concentrating more on serious dramatic plays now, since the comedies more-or-less take care of themselves. My latest is about an extraordinary meeting between Churchill and Chamberlain at the start of World War II, which we are trying to cast now. Finding the right Churchill is a challenge! So I’m not immediately agonising over what to write next. No doubt lightening will strike eventually, as it usually does.

Thank you for the great interview, Robin! Don’t forget to check out Number Ten on AMAZON!