After reviewing his newest release (which you can read HERE), we have the privilege of interviewing author Steven Harms today! Author of Give Place to Wrath, Steven is a prolific writer and his debut novel has received a ton of praise since its release last year. Be sure to check the book out on AMAZON! 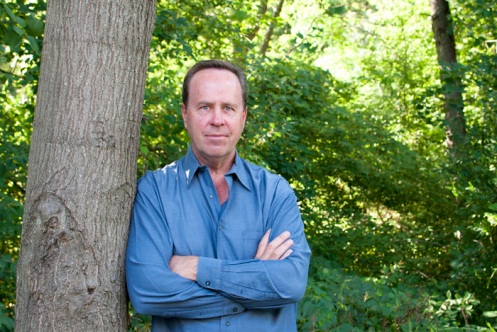 1. Thank you for agreeing to this interview, Steven. To start, tell us what attracted to you the thriller/mystery genre? What do you think makes the genre such a popular one in the marketplace?

And thank you for the opportunity! I guess of all the genres, I think that mysteries and thrillers incorporate a unique mix of emotions, intellect and entertainment. For most people, there’s an innate attraction to stories of intrigue and a desire to know what happened, or how a person died and under what circumstances, or how a shadowy criminal enterprise was found out and taken down. The genre taps into that little detective we all have inside ourselves and challenges us page after page to try and figure out the ending before you get there. For me, mysteries and thrillers are simply my favorite stories to read or watch and I wanted to tackle writing a novel.

2. Congratulations on the publication of your debut novel, “Give Place to Wrath”. Based on many of the reviews, it seems to have gotten a really warm reception by readers (which I’m sure feels good as an author). With the genre being so saturated what is it about the book that you think makes it stand out?

I fully accept the congratulations! Yes, as a debut author, receiving a significant amount of glowing reviews continues to be an affirmation that my wild idea to enter the fray was not an ill-conceived venture. As for the book, I think the answer is to rewind the tape a little bit to when the inspiration hit to write it. In short, I definitely wanted to write within the genre, but I also wanted to create a character (the protagonist detective Roger Viceroy) that could thrive as a series with each book embedded with a universally accepted moral principle. That said, it’s not written with an overt, in-your-face, flashing red light theme, but rather a subtle subtext that the reader comes to discern and absorb as the story unfolds. So with that as the backdrop combined with crafting a page-turning well plotted mystery is perhaps what has gotten the reader’s attention.

3. Many authors put a bit of themselves or their own experiences into their characters and plots. Are there any characters or parts of your storyline that were inspired by your personal life or people that you know?

Oh definitely. While I won’t divulge the plot, suffice to say that I drew from some personal known history as the starting point for what occurs, with some strong embellishment to be sure. I’m from Wisconsin, so the fictional small town in the book is a physical reflection of the myriad small towns in the northern part of the state, of which I grew up going to on vacation and one summer as a manager at a canoe outfitter during college. And, many of the characters are avatars of friends and family.

4. I read that you are currently working on Book 2 of the series. Are you planning on each book being a standalone story where each book can be read without having read the previous installments (similar to the Jack Reacher Series) or will it be a continual story (similar to Harry Potter)? Also, how do you approach writing a sequel differently from writing the first book?

Indeed I am working on Book 2 (title TBD). The series is designed more along the lines of the Jack Reacher series. But that said, I think with any series, there are threads that connect each book despite the ability to read them as stand-alones. As for the approach, Give Place to Wrath ends with a bit of moment that screams for a sequel, so that leads well into Book 2 and picks up the thread of Viceroy’s personal challenges that he faced in the debut. I’m also finding that the second book’s approach just naturally brought out a deeper dive into the character of Viceroy and his team of detectives, so that’s been an interesting undertaking and answers some of the questions that readers may have from Wrath about these individual’s backgrounds and life stories.

5. What does being a writer mean to you?

It means I accomplished what I set out to do. Write a novel, land an agent, land a publisher, and get the story to publication. I’m blessed to have gone through this experience and have had the success I’ve had so far. I take humble pride in all that’s happened. We’ll see where it leads, but I try to only focus on today with a sideways glance once in a while at tomorrow.

I’m not going to be shy about saying that it is my hope to make my writing career, well, my career. The Best Seller list is my target within the next 5-7 years. To get there, I have the confidence in my God-given capabilities and a large supply of creative juices to write mystery/thriller story lines that will entertain anyone that enjoys reading the genre.

7. I know you mentioned that you have an agent. Congratulations to you since that is definitely not something that every author has been able to achieve. If a new author was to ask your advice in approaching agents/publishers with their work, what advice would you give them?

Great question and I’m not sure there’s a one size fits all answer. However, two things come to my mind. First, don’t hesitate to hire a quality experienced editor to clean up your manuscript before you even think about going after finding an agent. I hired such an editor and it took an additional five months of back-and-forth to get the MS worthy of that next step. It was pricey and a bit arduous but oh so worth it. Without that process I do not believe my MS would have passed the smell test once I started querying agencies. And then second, perseverance. Once the MS was properly edited, I queried close to 200 literary agencies out of the gate, tackling 5 or so every night for 6 weeks, personalizing each one, trying to get noticed. There were a lot of rejections and a lot of no replies, but I kept at it. I was fortunate that my process didn’t take overly long in that I landed my agent about 90 days after I started querying. And while timing certainly played a large role, do not forget that that the quality of one’s work will always ultimately be the most important factor. But the key is to not get down, not get discouraged. Keep pressing on, keep focus, but do so in a professional and thoughtful way so when your query hits their radar it is well presented and fits with what they have asked for in a submission because each agency is different.

Thank you for the great interview, Steven. It was a pleasure to read your debut novel and I look forward to your future works!